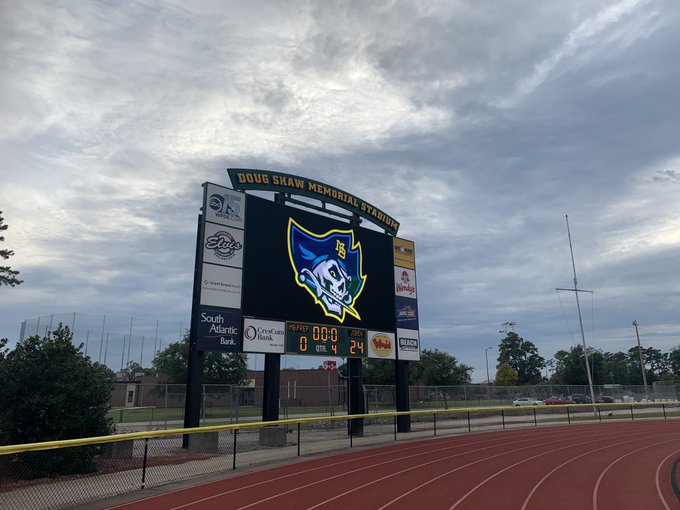 Myrtle Beach, SC – The Myrtle Beach Prep Marauders kicked off the 2020 season unfortunately falling to the Jireh Prep Warriors 24-0. After completing their preseason camp the Marauders went into the event looking to put it all together and show the new direction of the program.

As the game started the Marauders came out of the gates on offense ready to get the season started. Unfortunately, the Marauders struggled to gain solid footing during the first half as the Jireh Prep defense was able to get pressure on key plays and turn the offense away. The Marauders’ defense, however, was there to picked up the slack and held the Warriors to only a field goal as the first half came to an end. The struggles of the offense made things difficult for the defense as conditioning became the biggest issue as the game continued. The defense spent a large amount of time on the field as the second half continued and the Warriors were eventually able to break through with 3 TD leaving the final score at 24-0. When asked what he thought of the result, Head Coach Brandon Ikard stated, “I feel like we have a lot of growth left to do. There were some highlights today with our defense being very dominate at times. Now it’s just a matter of getting the offense rolling and putting it all together. We will go back to the drawing board as a staff this week and have our guys ready to go for our next game”.

The Marauders will not have to wait long to get back on the field as they will play at home again this weekend against AHOP Leadership Academy. Come out and support your Myrtle Beach Prep Marauders this Saturday, August 29th, at 4:25 PM as they take on AHOP Christian. To accommodate state regulations the gates will open at 3:00 PM and tickets are again limited with no walk-up tickets guaranteed.

For more information about tickets, sponsorship opportunities, donations, or just to learn more about our program contact us by phone at (843) 486-8460 or through out web-site: www.myrtlebeachprep.org

vs Georgia Knights Prep (On time)