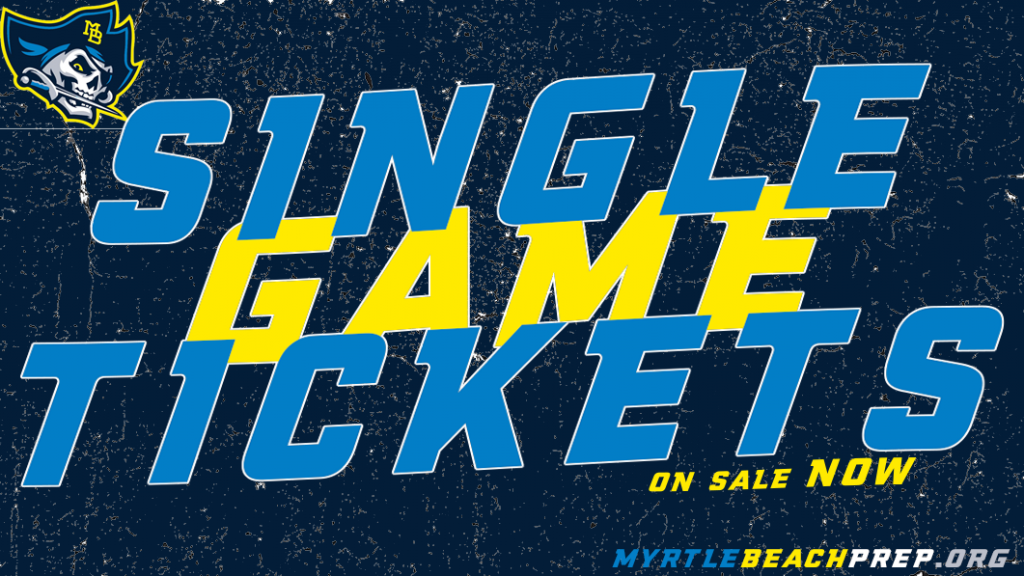 Myrtle Beach, SC – Single-game tickets for the Myrtle Beach Prep Marauders’ upcoming season are now on sale as the schedule has been confirmed and all games are set to continue.

An initial allotment of 250 tickets for each game will be made available to the general public at a discounted rate for as long as they last or until July 31, 2020.

Tickets can be purchased primarily online via www.myrtlebeachprep.org. Fans looking for additional information on single-game ticket sales or season ticket sales – or those who or would like to request tickets by phone – can call the Marauders’ office at 843-486-8460 (ext 1) during normal business hours.

“The schedule release this year has generates incredible excitement for not only our players but also many of our fans,” Marauders Head Coach Brandon Ikard stated. “We have high hopes that it sparks some of the highest demand we see all year for tickets. We are discounting the tickets so now is the time for fans to lock in their tickets to be part of those special moments this season.”

Battle at the Beach (On time)